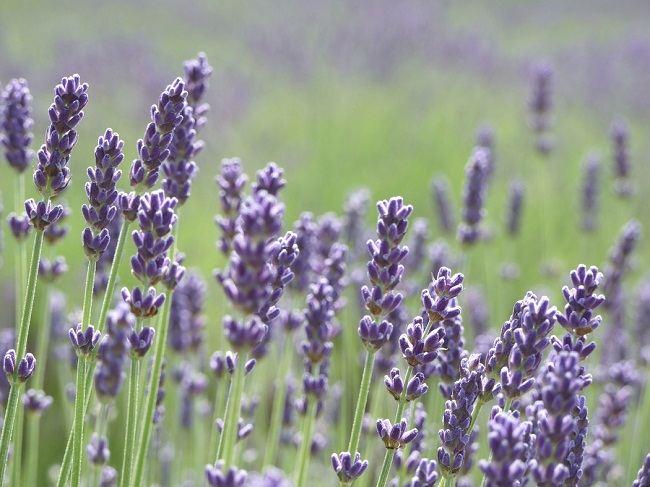 If you have looked at my photo update you will have seen how well the lavender is doing. The lavender has been planted for at least six years and it is getting to the point where it does need pruning – it is becoming woody around the base.

Pruning lavender depends on the type of lavender you’re growing. English lavender (Lavandula angustifolia) is the most commonly grown and the hardiest lavender of all. It has needle-like silvery leaves and bears short, upright spikes of flower in midsummer. The foliage and flower are very neatly balanced and for this reason English lavender is often as a low hedge.

You can prune English lavender by cutting it back by about two thirds in the second half of August and you can cut into the bare wood, if you need to. New shoots will quickly appear at the base of the bush and these will have enough time to grow and harden up before winter comes. Pruning this way will keep an English lavender plant compact for many years and a well-pruned plant can last for twenty years or more without becoming woody.

You can give English lavender another tidy in April to delay flowering time. This is particularly useful close to roses, because the main flush of lavender follows the June flush of roses.

Never prune into old wood which has no new growth from it. If you do, the old wood will never be productive again.

French lavenders usually only last for five years. Take lavender cuttings from all your varieties every June and July. Choose young two-to-three inch shoots that have just started to harden up. Trim them under the leaf node, remove the lower leaves and plunge them into a 50% compost and horticultural sand mix.

In early autumn choose a long stem and gently bend it down to ground level. Peg it onto ground with a hoop shaped piece of wire and cover with 3cm (1in) of soil. The layer will produce growth the next spring. When this has happened, cut the stem from the parent plant and pot into soil. Transplant in early autumn. The plant will be an exact replica of the parent and the chances of success are high. 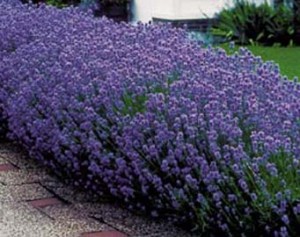 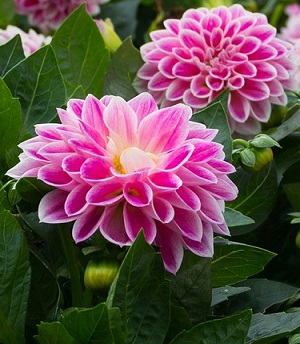