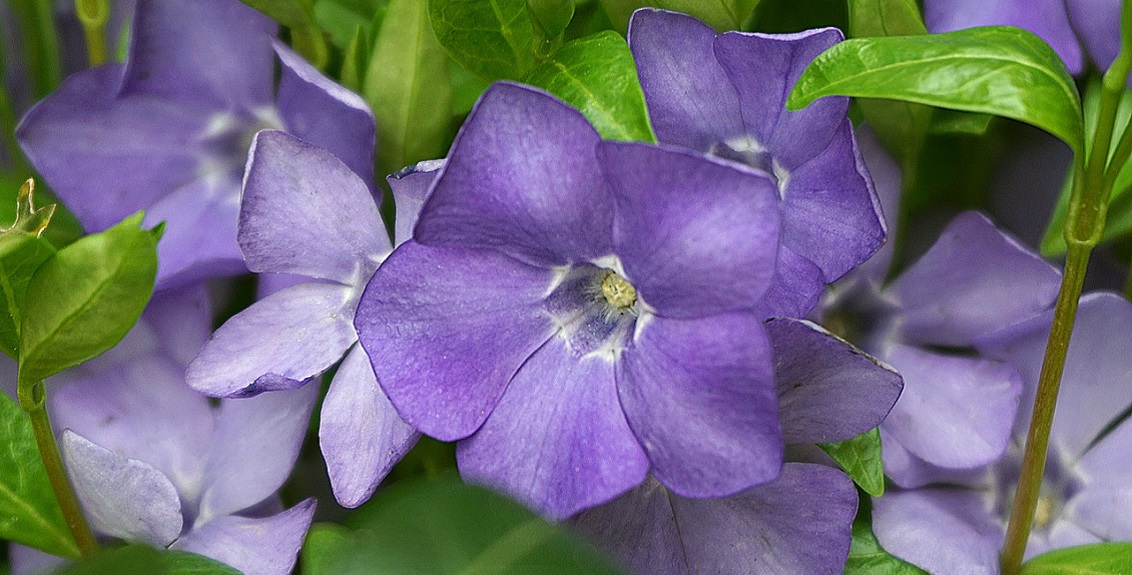 The best ground cover plants block out weeds and reduce the need for mulch. If you are looking for groundcover plants that can handle the worst and still come back for more then here are some suggestions. These are the plants that are the best at handling cold winters, heavy traffic and harsh conditions.

Vinca major, with the common names bigleaf periwinkle, large periwinkle, greater periwinkle and blue periwinkle, is native to the western Mediterranean. Growing to 25 cm (10 in) tall and spreading indefinitely, it is an evergreen perennial, frequently used in cultivation as groundcover.

Growing & Caring for Foliage Plants : How to Transplant Vinca Major

There are three species of vinca commonly grown – V. minor, V. major and V. difformis. All do best in wilder positions in semi-shade.

Vinca minor may be more compact than V. major, but it is the most prolific spreader because it sends out lots of short runners and soon forms a tight mesh. V. major sends out much longer runners so it’s easier to weed out unwanted offspring.