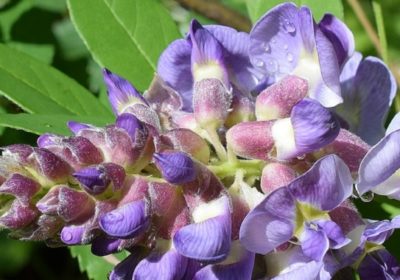 A well-grown Wisteria is a joy in May and June when the beautiful, scented pendants of flowers drape from the branches in a breathtaking display.

Often gardeners find these climbing plants a little daunting. The idea of all that pruning and training just feels far too complicated.

It’s a shame because it’s not as tricky as you might think – in fact Wisteria is actually very easy to grow.

Where To Plant Wisteria
Wisterias are long lived and will form woody stems over time which require significant support. This makes them very difficult to move if you change your mind in a few years time. Also bear in mind that they require regular pruning to keep them under control and to encourage flowering, so it’s well worth taking your time to choose the best possible location for your plant.

Grow Wisteria plants in a sunny or semi shaded site in any moist, well drained soil. Wisteria flower buds can be damaged by hard spring frosts so choose a sheltered position if possible.

How To Plant Wisteria
You will need to provide the twining stems with an appropriate and very sturdy support. The ideal way to grow Wisterias against a wall is to train them as an espalier, with horizontal support wires (3mm galvanised steel) set 45cm (18″) apart. Alternatively, you can train them onto a sturdy pergola, or even into a tree. Supports are best put in place before planting as it will be much harder to install them once the Wisteria is in the ground.

Before planting add plenty of well rotted manure or garden compost to the soil to improve soil fertility and drainage. Remember that your Wisteria will be planted here for many years so it’s worth taking the time to create ideal soil conditions from the start.

Plant Wisteria at the same level that they were supplied in their pots. If you are planting a bare root Wisteria then look for a soil mark towards the base of the stem which indicates what depth it was planted in the ground at the nursery. This is usually found a little below the graft point – a bulge in the stem where the main plant is grafted to the rootstock. Water your Wisteria well after planting to settle the soil.

Wisteria Aftercare
During their first year Wisterias will benefit from regular watering while the roots establish. Once established Wisteria should only need supplementary water during dry periods. A high potash feed can be applied in spring to help encourage flower production but don’t overdo it as over-feeding Wisteria can cause more foliage and less flowers.

How To Prune Wisteria

Wisteria needs to be pruned twice a year – once in late winter (February) to prepare the flowering spurs for the forthcoming season, and again in mid-summer (July to August).

Summer pruning controls those long, whippy shoots that are heading off into the distance, and encourages them to become flowering spurs instead.

During the first two years, the aim of pruning is to train Wisteria to create a framework of permanent stems. This involves selecting and tying in specific main shoots to the supporting wires and cutting back any unwanted growth.

After 2 or 3 years the plants will build up a strong branching habit which forms the ‘skeleton’ of your Wisteria.

Once a framework of branches has been created, you can begin pruning with the aim of creating flowering spurs and containing the plant within its allotted space. 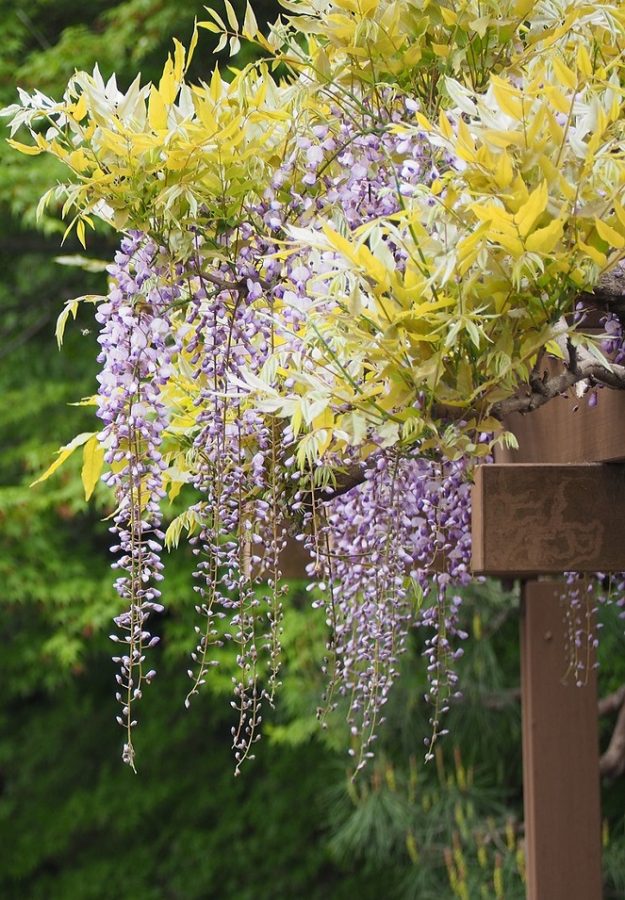 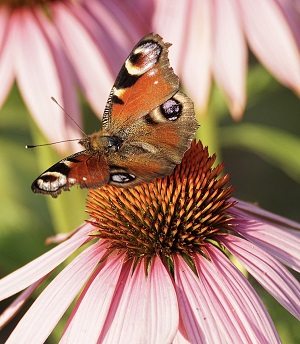